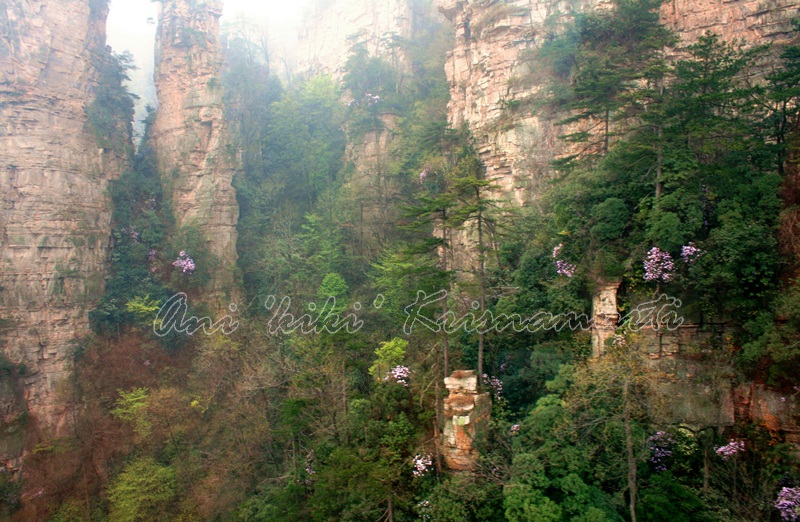 A spectacular area stretching over more than 26,000 ha in China’s Hunan Province.It’s noted for more than 3,000 quartzite sandstone pillars and peaks across most of the site, many over 200 metres (660 ft) in height, along with many ravines and gorges with attractive streams, pools and waterfalls.

The site is situated between in the Zhangjiajie City and lies about 270 kilometres (170 mi) to the northwest of Changsha, the capital of Hunan Province.

Wulingyuan forms part of the Wuling Mountain Range. The scenic area comprises several national parks, one of which is the Zhangjiajie National Forest Park.

The most notable geographic features of the park are the pillar-like formations that are seen throughout the park. They are the result of many years of erosion. 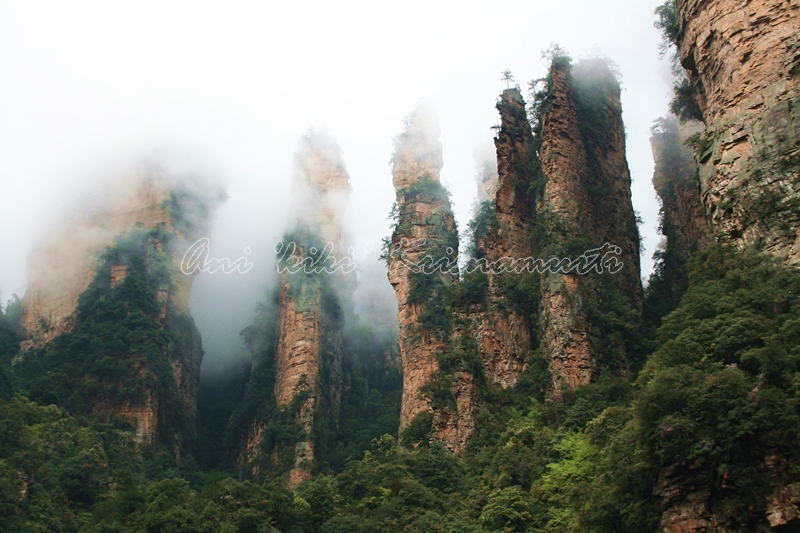 The weather is moist year round, and as a result, the foliage is very dense. Much of the erosion which forms these pillars are the result of expanding ice in the winter and the plants which grow on them.

These formations are a distinct hallmark of Chinese landscape, and can be found in many ancient Chinese paintings. 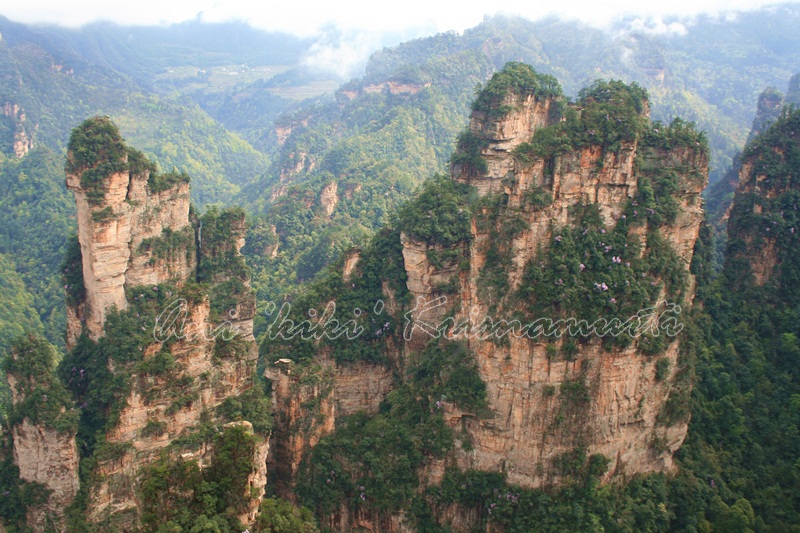 One of the park’s quartz-sandstone pillars, the 1,080-metre (3,540 ft) Southern Sky Column, had been officially renamed “Avatar Hallelujah Mountain” (阿凡达-哈利路亚山, pinyin: Āfándá hālìlùyà shān) in honor of the eponymous film in January 2010.

According to park officials, photographs from Zhangjiajie inspired the floating Hallelujah Mountains seen in the film.The film’s director and production designers said that they drew inspiration for the floating rocks from mountains from around the world, including those in the Hunan province 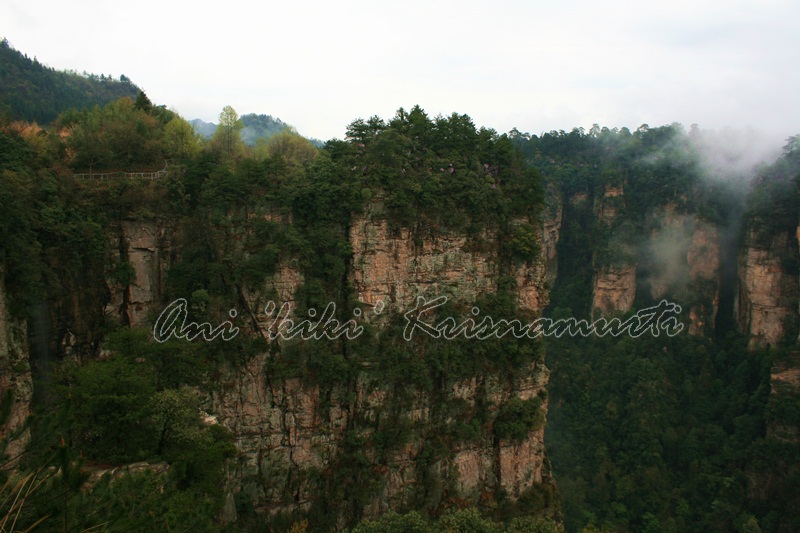 Unlike many other areas of China, the site does not have a long human history. In ancient times it was regarded as remote and inaccessible. 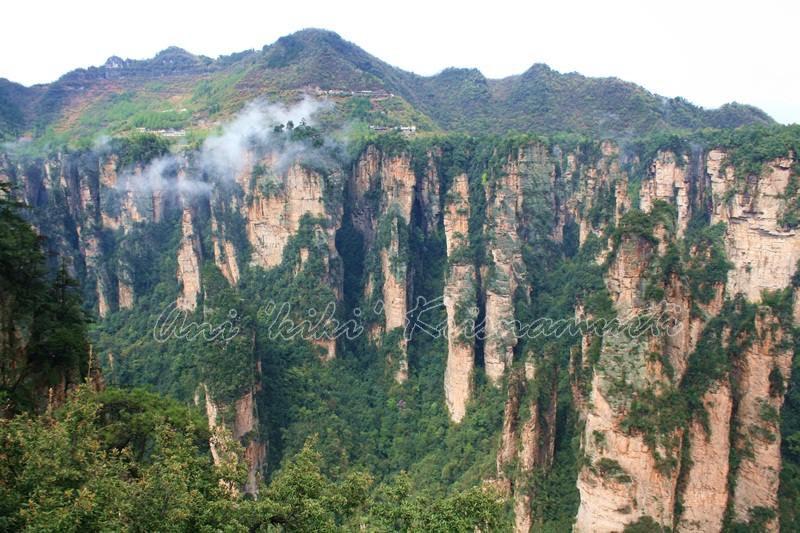 Local legends indicate that Zhangliang, a lord in the Han dynasty (206 BC-AD 220), lived in seclusion in Wulingyuan and was buried below Qingyan (now Zhangjiajie) Mountain.

Approved as a scenic and historic interest area by the State Council in 1988, and was placed under the authority of Wulingyuan District Government which was created in the same year.

In ancient times, the site was remote, inaccessible and seldom visited: it thus remained almost untouched by man until the founding of People’s Republic of China in 1949.

Since that time it was under the administration of three county governments, until the Wulingyuan District was established and instructed to take great care to ensure protection, with the closure of some hills to facilitate afforestation.

In 1992 the core zone was established as a natural World Heritage Site on the basis of criterion (iii). 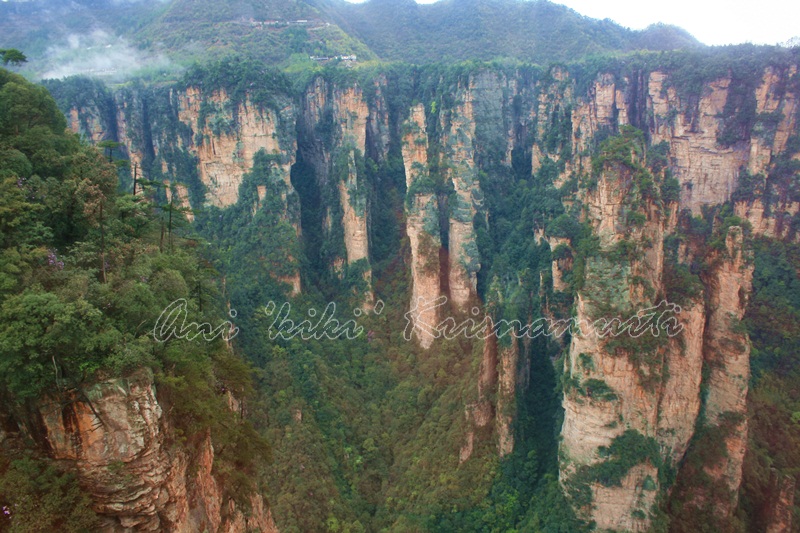