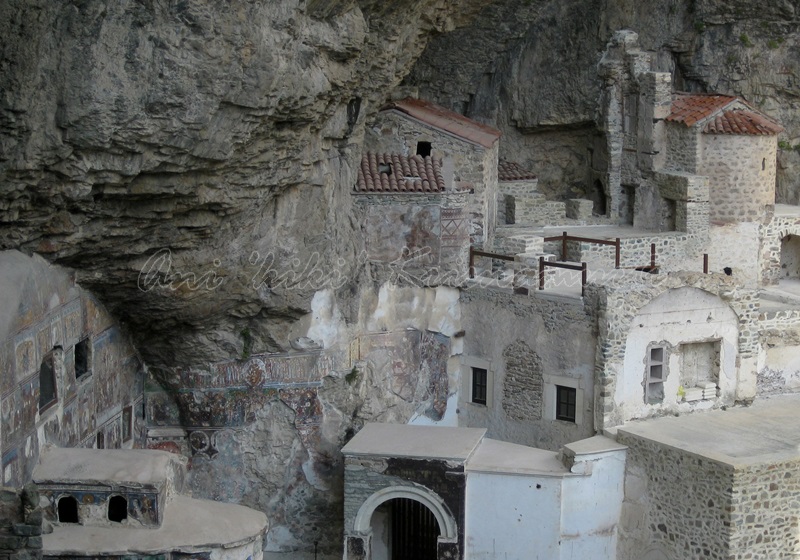 The Sumela Monastery is a Greek Orthodox monastery dedicated to the Virgin Mary (Panagia, meaning “All Holy” in Greek) at Melá Mountain (Turkish: Karadağ, which is a direct translation of the Greek name Ssou Melá, “Black Mountain”) within the Pontic Mountains(Turkish: Kuzey Anadolu Dağları) range, in the Maçka district of Trabzon Province 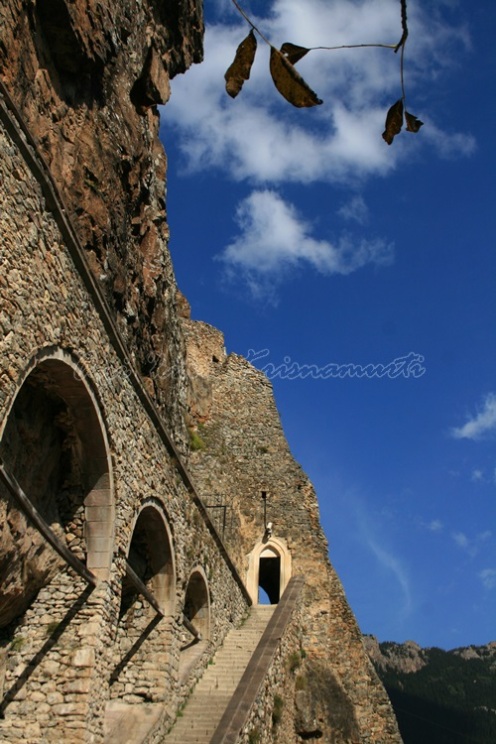 Nestled in a steep cliff at an altitude of about 1,200 metres (3,900 ft) facing the Altındere valley, it is a site of great historical and cultural significance, as well as a major tourist attraction within Altındere National Park.

The monastery was founded in AD 386 during the reign of the Emperor Theodosius I (375 – 395), According to William Miller, Barnabas and Sophronios two Athenian monks, founded the monastery, which was famous for an icon of the Virgin May known as the Panagia Gorgoepekoos, said to have been painted by the Apostle Luke

During its long history, the monastery fell into ruin several times and was restored by various emperors

The principal elements of the Monastery complex are the Rock Church, several chapels, kitchens, student rooms, a guesthouse, a library, and a sacred spring revered by Eastern Orthodox Christians

As of 2012, the Turkish government is funding restoration work, and the monastery is enjoying a revival in pilgrimage from Greece and Russia.

The inner and outer walls of the Rock Church and the walls of the adjacent chapel are decorated with frescoes. Frescoes dating from the era of Alexios III of Trebizond line the inner wall of the Rock Church facing the courtyard.The frescoes of the chapel which were painted on three levels in three different periods are dated to the beginning of the 18th century. The frescoes of the bottom band are of superior quality

Trabzon is a city on the Black Sea coast of north-eastern Turkey and the capital of Trabzon Province. Trabzon, located on the historical Silk Road, became a melting pot of religions, languages and culture for centuries and a trade gateway to Iran in the southeast and the Caucasus to the northeast. The Venetian and Genoese merchants paid visits to Trebizond during the medieval period and sold silk, linen and woolen fabric

Trabzon formed the basis of several states in its long history and was the capital city of the Empire of Trebizond between 1204 and 1461. During the Ottoman period, Trabzon, because of the importance of its port, became a focal point of trade to Iran and the Caucasus

Trabzon has a number of tourist attractions, some of them dating back to the times of the ancient empires that once existed in the region

In the city itself, one can find a hub of shops, stalls and restaurants surrounding the Meydan, a square in the center of the city, which includes a tea garden 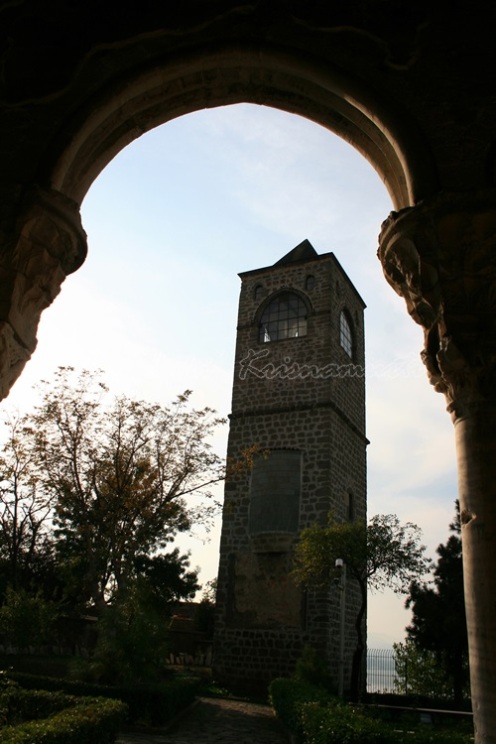 It dates back to the thirteenth century when Trabzon was the capital of the Empire of Trebizond. It is located near the seashore and two miles west of the medieval town’s limits. It is one of a few dozen Byzantine sites still existent in the area. It has been described as being “regarded as one of the finest examples of Byzantine architecture.

The “Atatürk Köşkü” is a villa built in 1890 by a local Greek merchant. 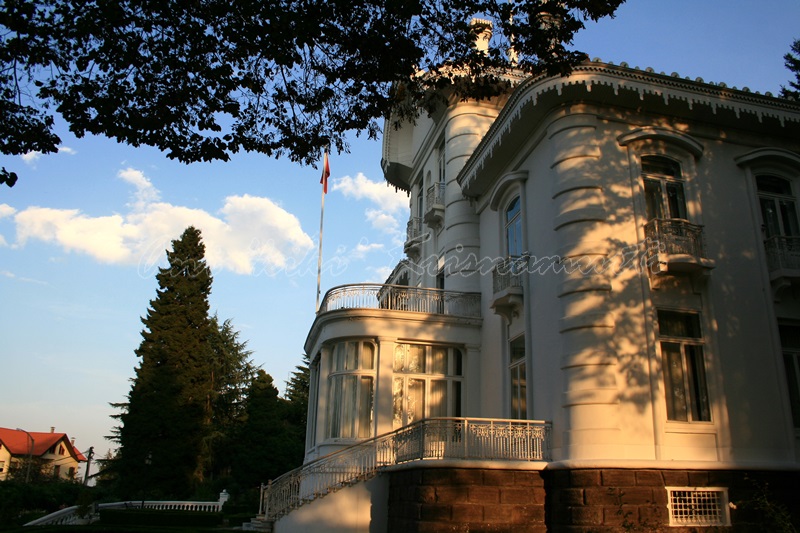 In 1924 Mustafa Kemal Atatürk stayed in the villa during his visit to Trabzon. He stayed there again in 1937.