Udaipur inspired me to visit India. Many years ago I saw a TV ad with a beautiful location. I guessed it was India, but I did not know exactly where it was. I searched on the internet: lake, palace, india … then I found out that it is The Lake palace on Lake Pichola,  Udaipur, India

Udaipur, is a city, a municipal corporation and the administrative headquarters of the Udaipur district in the state of Rajasthan in western India.

It is located 403 kilometres (250 mi) southwest of the state capital, Jaipur. Udaipur is the historic capital of the kingdom of Mewar in the former Rajputana Agency

It is often called the “Venice of the East”, and is also nicknamed the “Lake City” or “City of Lakes” 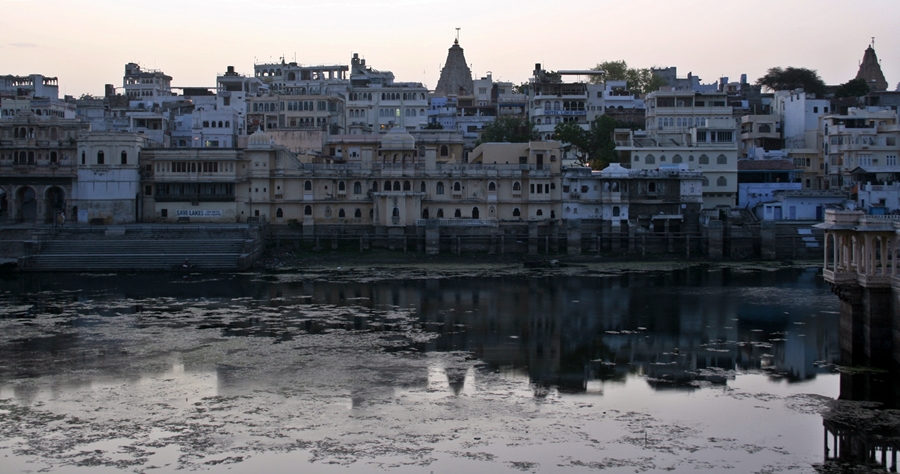 Apart from its history, culture, and scenic locations, it is also known for its Rajput-era palaces. The Lake Palace, for instance, covers an entire island in the Pichola Lake.

Many of the palaces have been converted into luxury hotels

Lake Pichola, Fateh Sagar Lake, Udai Sagar and Swaroop Sagar in this city are considered some of the most beautiful lakes in the state 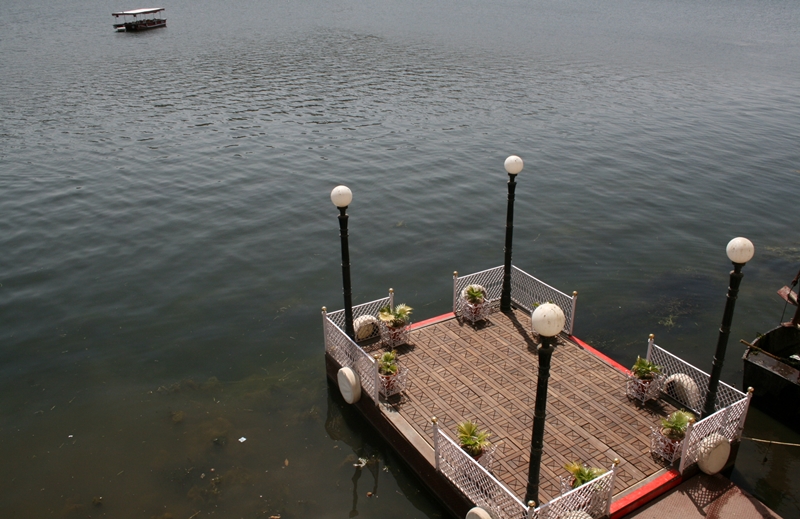 Lake Pichola, is an artificial fresh water lake, created in the year 1362 AD, named after the nearby Picholi village.Two islands, Jag Niwas(where is built The Lake Palace) and Jag Mandir are located within Pichola Lake, and have been developed with several palaces to provide views of the lake

Lake Palace (formerly known as Jag Niwas) is a luxury hotel, of 83 rooms and suites featuring white marble walls, located on a natural foundation of 4 acres (16,000 m2)rock on the Jag Niwas island  in Lake Pichola

Jag Mandir is another island in Lake Pichola which is known for its garden courtyard. Shah Jahan took refuge here while revolting against his father 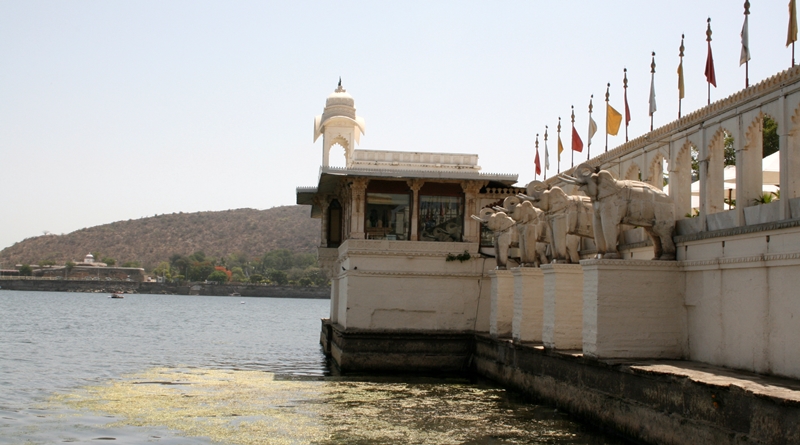 It is a palace built on an island in the Lake Pichola. It is also called the “Lake Garden Palace”.

Its construction is credited to three Maharanas of the Sisodia Rajputs of Mewar kingdom. The construction of the palace was started in 1551 by Maharana Amar Singh, continued by Maharana Karan Singh (1620–1628) and finally completed by Maharana Jagat Singh I (1628–1652).

It is named as “Jagat Mandir” in honour of the last named Maharana Jagat Singh. The royal family used the palace as a summer resort and pleasure palace for holding parties.

Standing on the east bank of Lake Pichola is a massive series of palaces built at different times from 1559.

They also have views of Jag Mandir on one side

Its main entrance is through the triple-arched gate – the Tripolia, built in 1725. 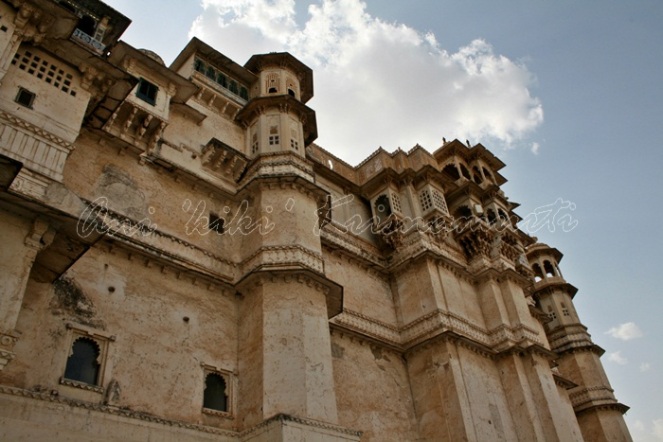 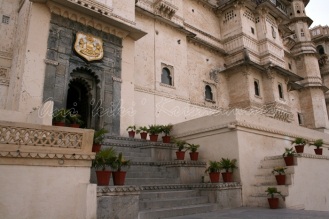 The City Palace in Udaipur was built in a flamboyant style , a fusion of the Rajasthani and Mughal architectural styles

It was built over a period of nearly 400 years being contributed by several kings of the dynasty, starting by the Maharana Udai Singh as the capital of the Sisodia Rajput clan in 1559 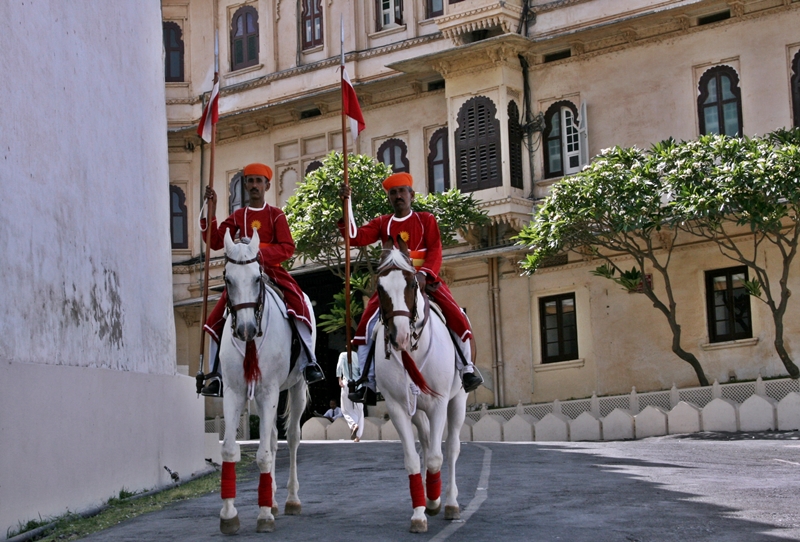 Jagdish Mandir, located 150 metres (490 ft) north of the city palace, was built in 1652 in Indo-Aryan architectural style. It is a large and aesthetically elegant temple where an idol of Lord Jagannath, a form of Lord Vishnu made in black stone is deified in the sanctum.The temple walls and the sikhara or tower are decorated with carvings of Vishnu, scenes from Lord Krishna’s life and figurines of nymphs or apsaras. 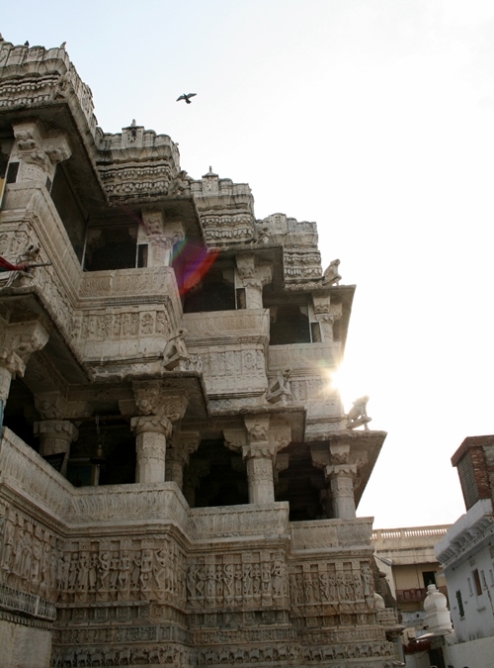 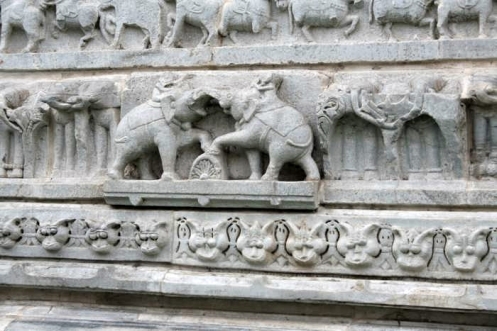 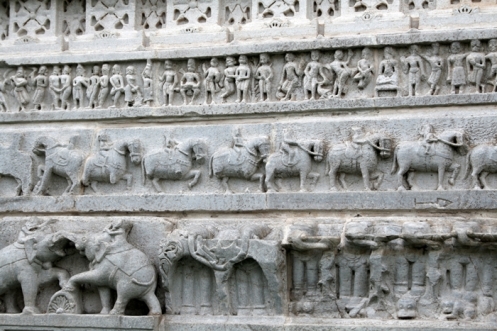 A brass image of Garuda (half-bird, half-man image, which is Lord Vishnu’s vehicle), is placed in a separate shrine in front of the temple

The street square, where the temple is located, is also known as Jagdish Chowk 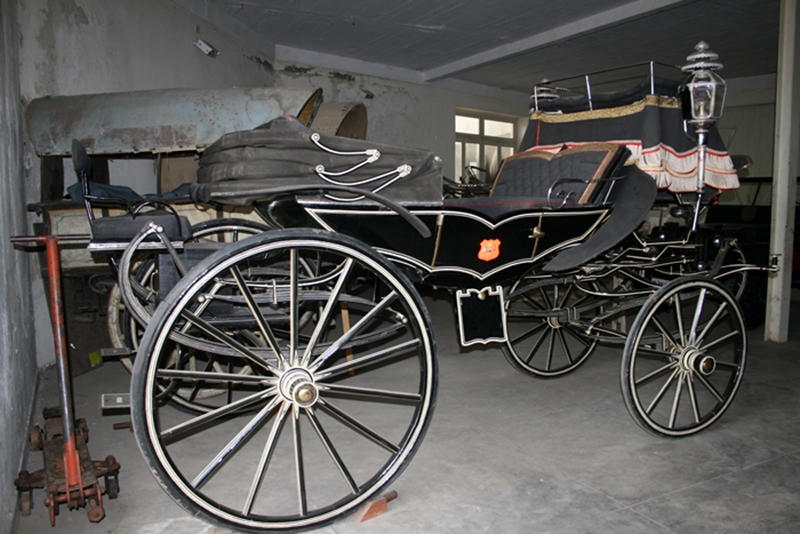 The collection within the grounds of the Garden Hotel comprises a variety of classic and interestingly rare transportation vehicles; some stately and vintage like Cadalec, Chevalate, Morais etc., while the others are sleek and fast. 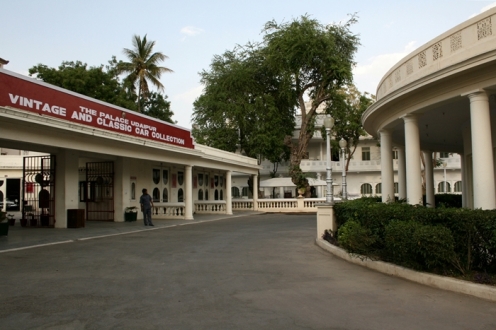 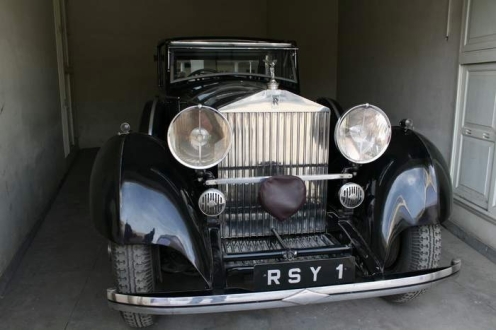 This is an old building built right on the waterfront of Lake Pichola at Gangori Ghat. The haveli now stages Rajasthani traditional dance and music 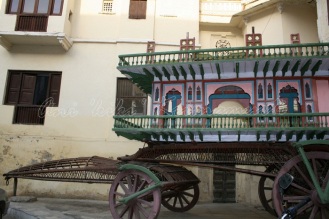 Amir Chand Badwa, the Prime Minister of Mewar, built it in the eighteenth century

Located in the southern side of Shiv Niwas Palace, Dudh Talai is a pretty lake on the southeast side of Lake Pichola.

Atop the Moti Magri or Pearl Hill, overlooking the Fatah Sagar Lake is the memorial of the Rajput hero Maharana Pratap with a bronze statue of the Maharana astride his favourite horse “Chetak”

Fateh Sagar Lake is situated in the north of Lake Picholas. It was originally built by Maharana Jai Singh in the year 1678 AD, but later on reconstructed and extended by Maharana Fateh Singh after much destruction was caused by heavy rains 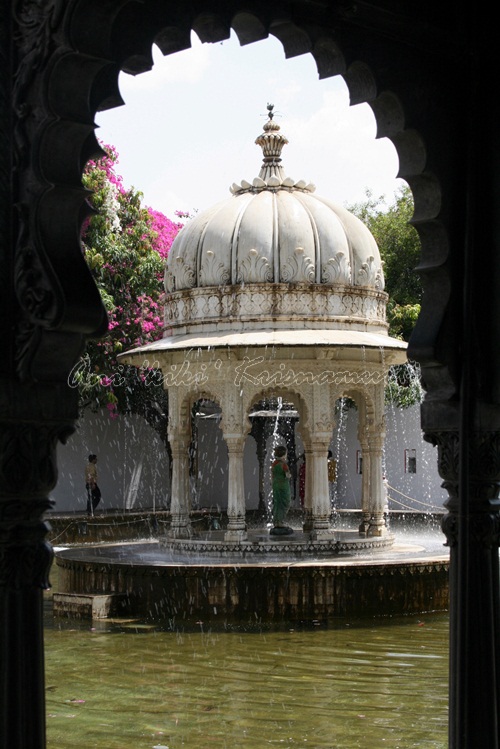 Sahelion ki Bari was laid for a group of forty-eight young women attendants who accompanied a princess to Udaipur as part of her dowry. The gardens set below the embankment of the Fatah Sagar Lake have lotus pools, marble pavilions and elephant-shaped fountains 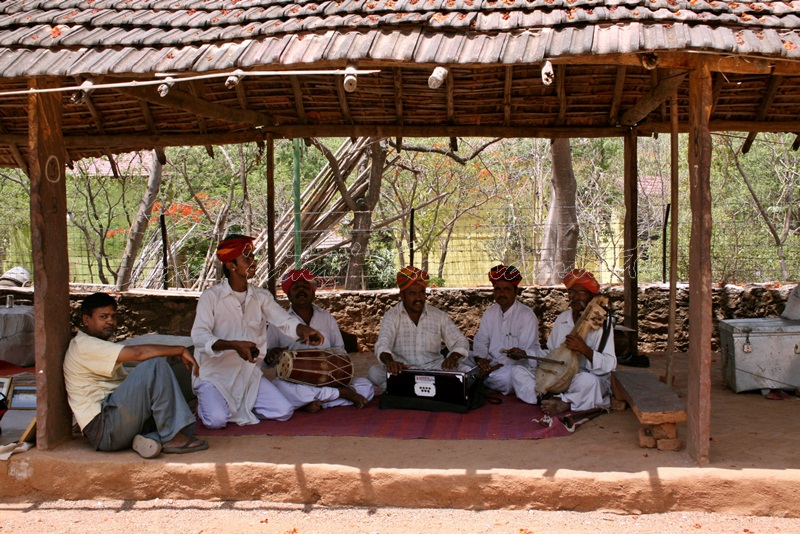 A crafts village located northwest of Udaipur, Shilpgram hosts an annual crafts fair which is one of the biggest in India; people from different states in the country have stalls showcasing their art and crafts work 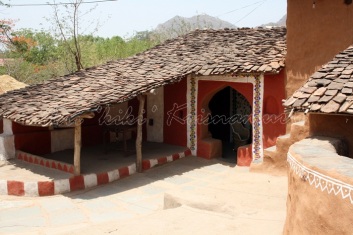 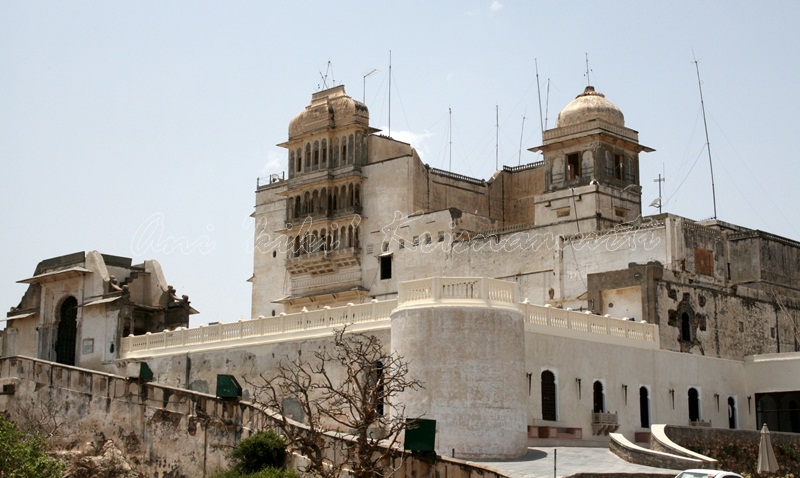 Monsoon Palace also known as Sajjan Garh Palace ,The summer resort of the Maharajas is atop the hill overlooking all of the lakes. This palace had a way to collect rain water for consumption all year around 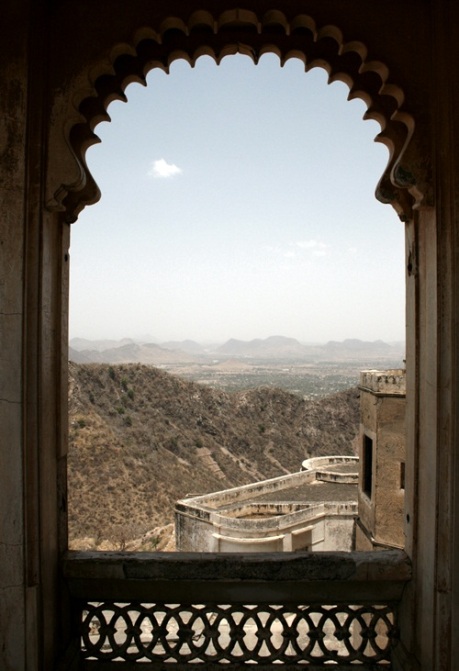 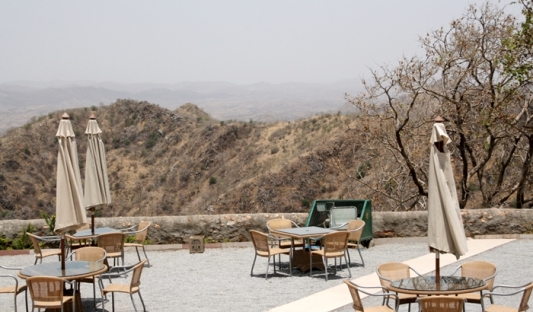 It was built basically to watch the monsoon clouds; hence, appropriately, it is popularly known as Monsoon Palace. It is said that the Maharana built it at the top of the hill to get a view of his ancestral home of Chittaurgarh

Kolkata , known historically in English as Calcutta, is the capital of the Indian state of West Bengal

Located on the east bank of the Hooghly river, it is the principal commercial, cultural, and educational centre of East India 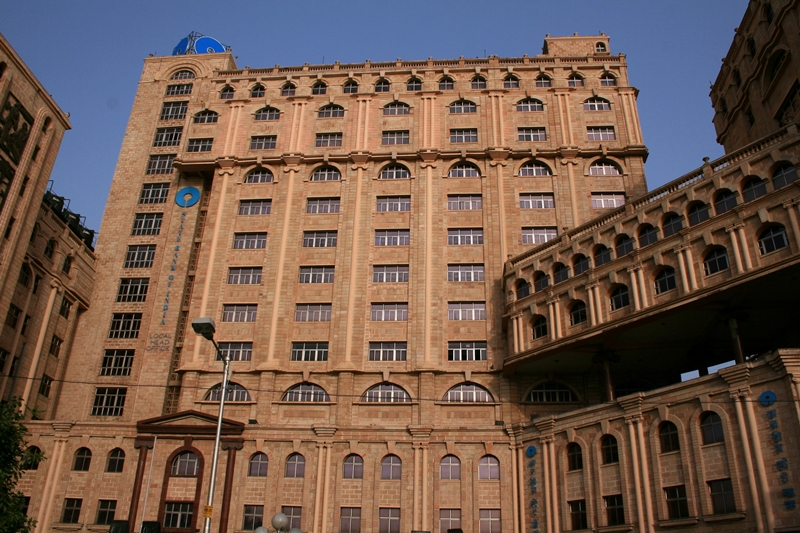 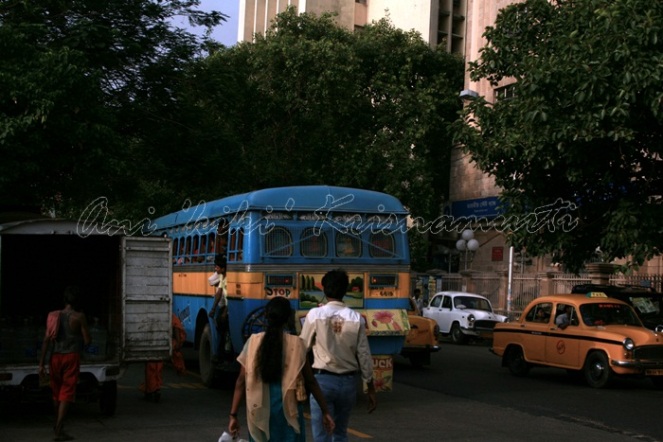 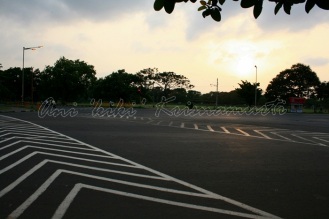 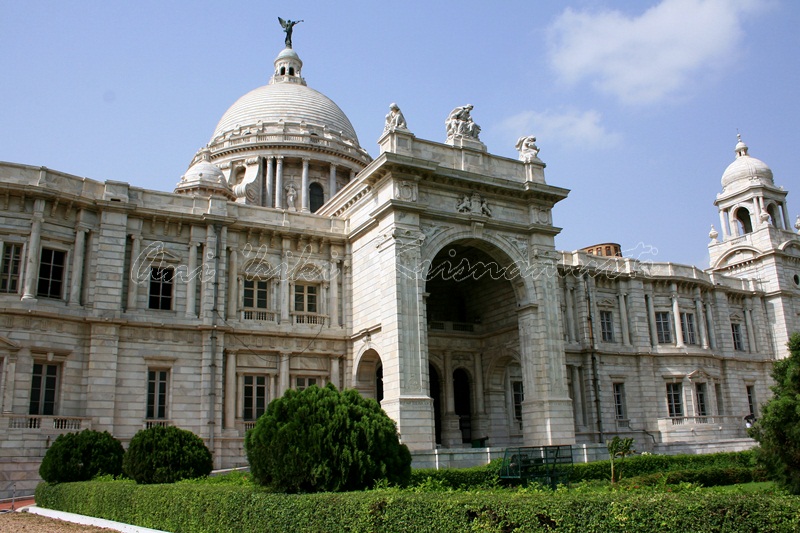 This style uses a mixture of British and Mughal elements as well as Venetian, Egyptian, Deccani and Islamic architectural influences. The building is 338 feet (103 m) by 228 feet (69 m) and rises to a height of 184 feet (56 m).

pictures taken in 2008 & 2010, all pictures are properties of ani krisnamurti