Victoria Falls, or Mosi-oa-Tunya(Tokaleya Tonga: the Smoke that Thunders), is a waterfall in southern Africa on the Zambezi River at the border of Zambia and Zimbabwe http://en.wikipedia.org/wiki/Victoria_Falls .

It is  a UNESCO World Heritage Site,  designated in 1989. Located in Livingstone District of Southern Province of the Republic of Zambia and Hwange District of Matabeleland North Province of Zimbabwe (http://whc.unesco.org/en/list/509)

These are among the most spectacular waterfalls in the world. The Zambezi River, which is more than 2 km wide at this point, plunges noisily down a series of basalt gorges and raises an iridescent mist that can be seen more than 20 km away.

The Mosi-oa-Tunya/Victoria Falls is the world’s greatest sheet of falling water and significant worldwide for its exceptional geological and geomorphological features and active land formation processes with outstanding beauty attributed to the falls i.e. the spray, mist and rainbows 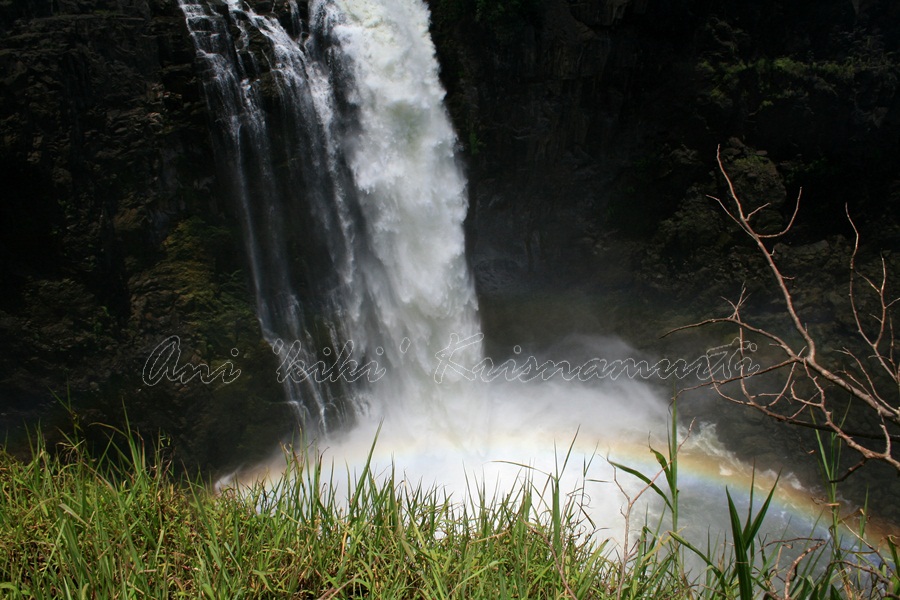 While it is neither the highest nor the widest waterfall in the world, it is classified as the largest, based on its width of 1,708 metres (5,604 ft) and height of 108 metres (354 ft), resulting in the world’s largest sheet of falling water. Victoria Falls is roughly twice the height of North America’s Niagara Falls and well over twice the width of its Horseshoe Falls. In height and width Victoria Falls is rivalled only by Argentina and Brazil’s Iguazu Falls

David Livingstone, the Scottish missionary and explorer, is believed to have been the first European to view Victoria Falls on 16 November 1855 . Livingstone named his discovery in honour of Queen Victoria, but the indigenous name, Mosi-oa-Tunya—”the smoke that thunders”—continues in common usage as well.  In 2013 the government of Zimbabwe declared its intention to officially rename the falls “Mosi-oa-Tunya”

The nearby national park in Zambia is named Mosi-oa-Tunya, whereas the national park and town on the Zimbabwean shore are both named Victoria Falls .The World Heritage List officially recognizes both names 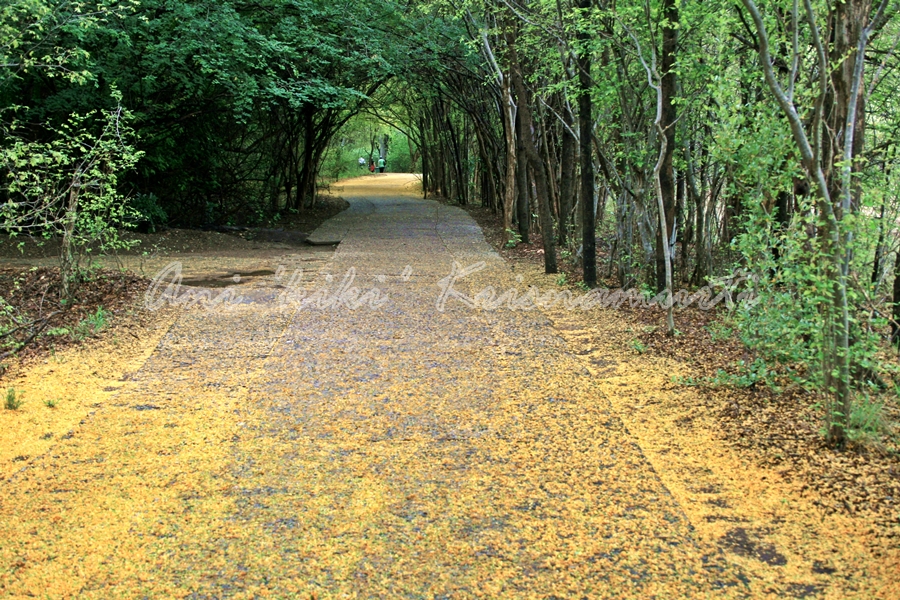 Visit victoria falls was inspired by a conversation with a woman from Zambia in Bangkok Don Muang airport in 2006.  At that time I felt victoria falls very far away from my country hehe.  I traveled from Moshi, Tanzania to Livingstone, Zambia by bus in 3 days as a part of my trips to East Africa 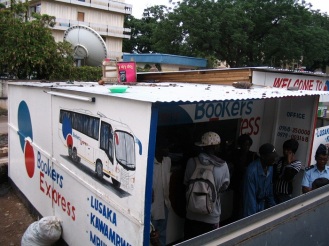 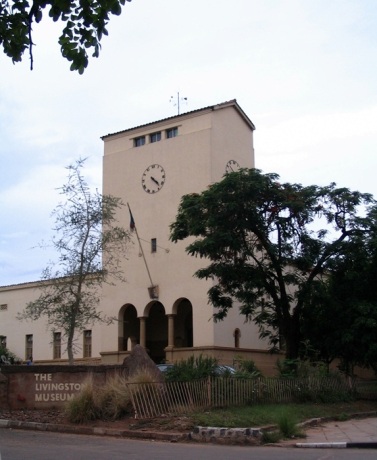 I visited Victoria Falls in December 2010 ,the end of the dry season. I entered Victoria Falls through Livingstone,Zambia . And when I arrived at the park office , the staff told me that there was no water on the Zambian side , and he let me go in and see the park without paying an entrance fee . Iwas shocked and almost died hehe …  no water ! But he was so kind to tell me that on the Zimbabwe side , the water is still ok and it was a good time to see the falls up close .

I was lucky to have a double entry visa because the visa is canceled as soon as I entered Zimbabwe side . After crossing the victoria falls bridge, i entered zimbabwe border 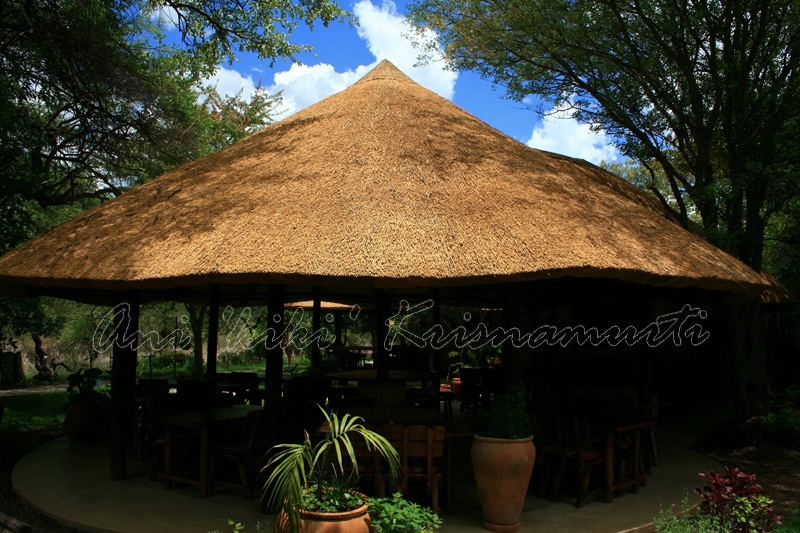 The riverine ‘rainforest’ within the waterfall splash zone is a fragile ecosystem of discontinuous forest on sandy alluvium, dependent upon maintenance of abundant water and high humidity resulting from the spray plume of about 500 m (at maximum height) that can be seen from a distance of 50 km and 30 km from Bulawayo and Lusaka roads respectively. A direct frontage viewing of the falls is possible from both Zambia and Zimbabwe

Eight spectacular gorges of igneous origin (i.e. comprising basalts) and several islands in the core zone serve as breeding sites for four endangered and migratory bird species, such as the Taita Falcon and Black Eagle 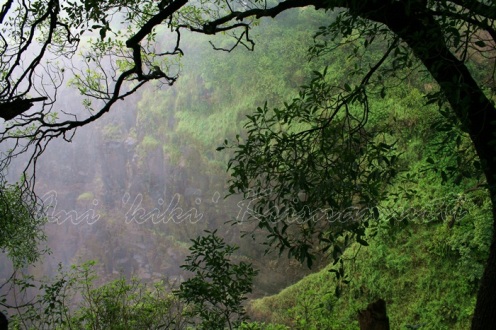 From west to east there are several falls can be seen from Victoria Falls NP, Zimbabwe 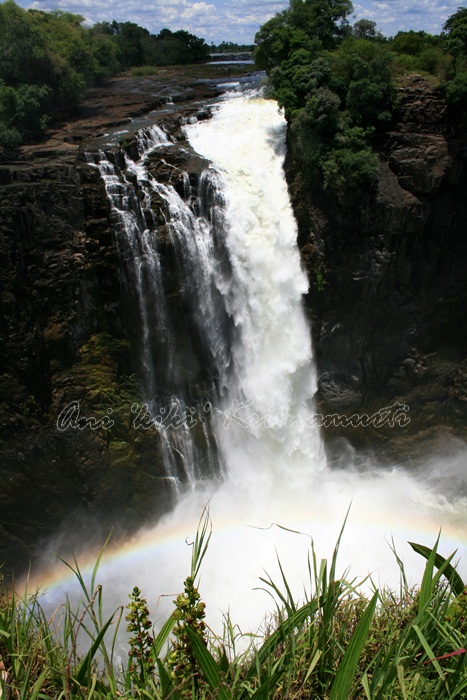 devil’s cataract
Devil’s Cataract, on the Zimbabwe side of the Falls, is the lowest of the five Falls, with a drop of 60m. It is separated from the rest of the Falls by Boaruka Island, also known as Cataract Island  http://vicfalls.zimbabwe.co.za/ 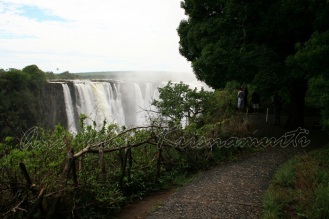 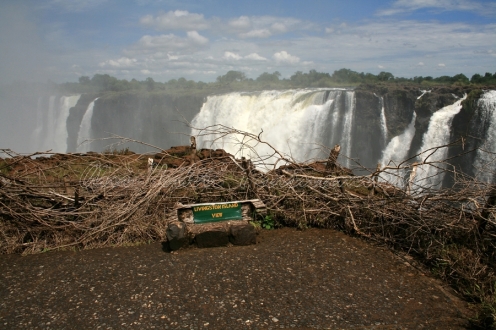 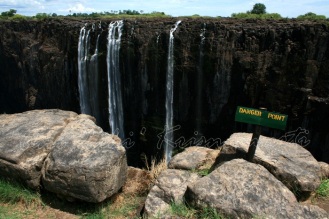 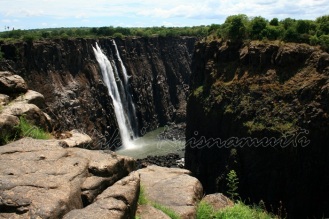 all pictures were taken by me, and properties of ani krisnamurti

most of pictures of victoria falls were taken from zimbabwe side