Agua Azul and Misol Ha are two waterfalls near Palenque. They can be reached as half day trip from Palenque

The Cataratas de Agua Azul (Spanish for “Blue-water Falls”) are found in the Mexican state of Chiapas. 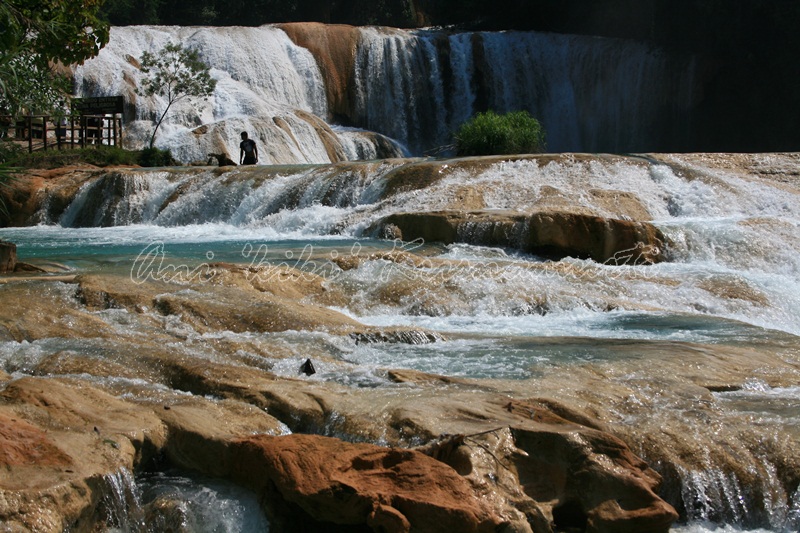 They are located in the Municipality of Tumbalá, 69 kilometers from Palenque by the road that leads towards San Cristóbal de las Casas. 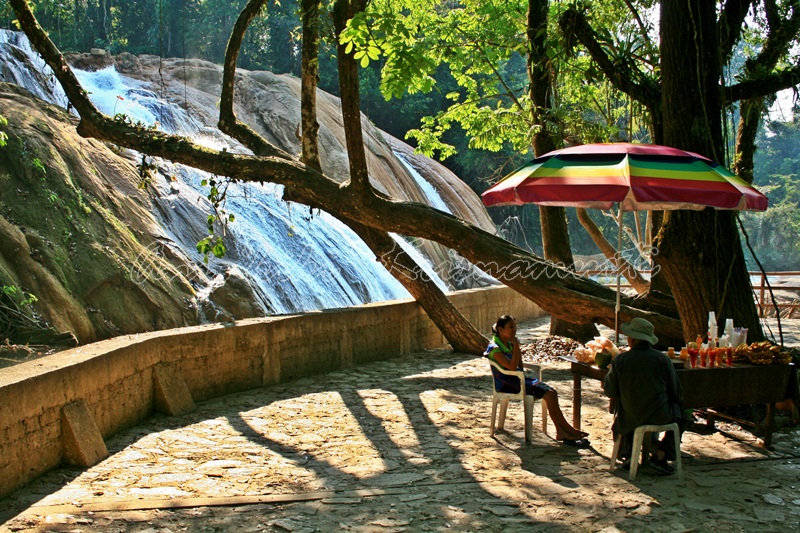 This waterfall consists of many cataracts following one after another.

The larger cataracts may be as high as 6 meters (20 feet) or so. 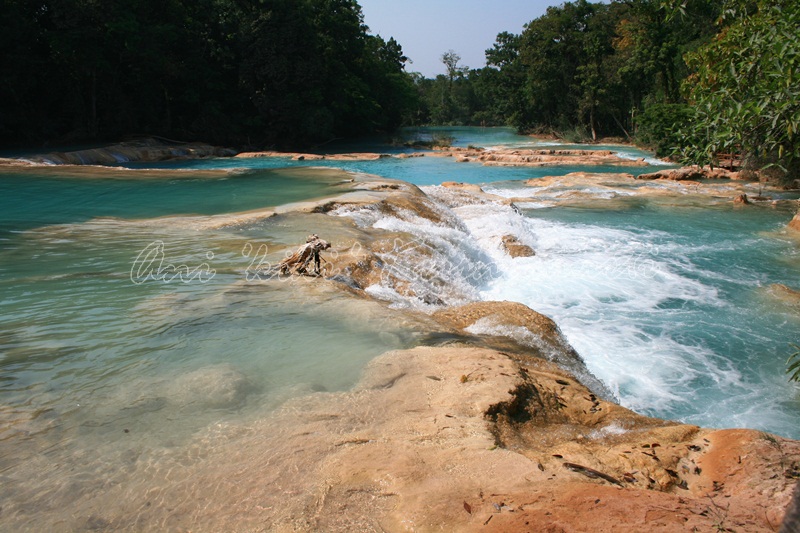 The water is as blue as it looks in the pictures, and has a high mineral content. Where it falls on rocks or fallen trees it encases them in a thick shell-like coating of limestone

During much of the distance the water descends in two streams, with small islands in the middle.

The waterfall was an important location of the film “predator” starring Arnold Schwarzenegger. This waterfall is located at 18km (20 minutes) south of the Mayan archaeological site of Palenque towards the town of Ocosingo and then only about 2km away from the Federal Highway 199 in the State of Chiapas

Text taken from wikipedia and http://www.misol-ha.com/en/