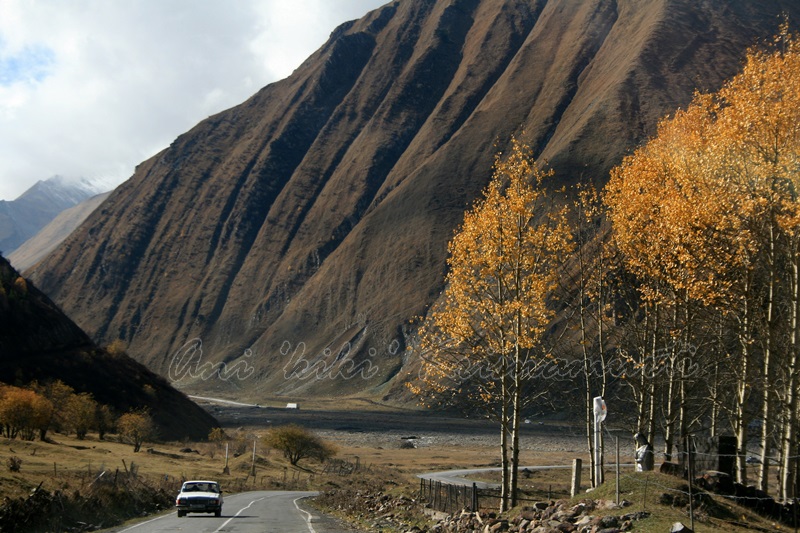 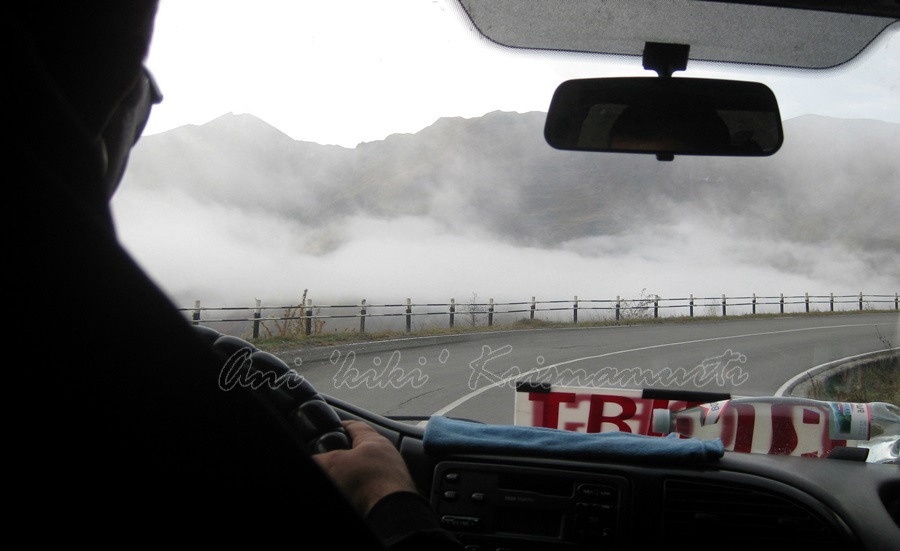 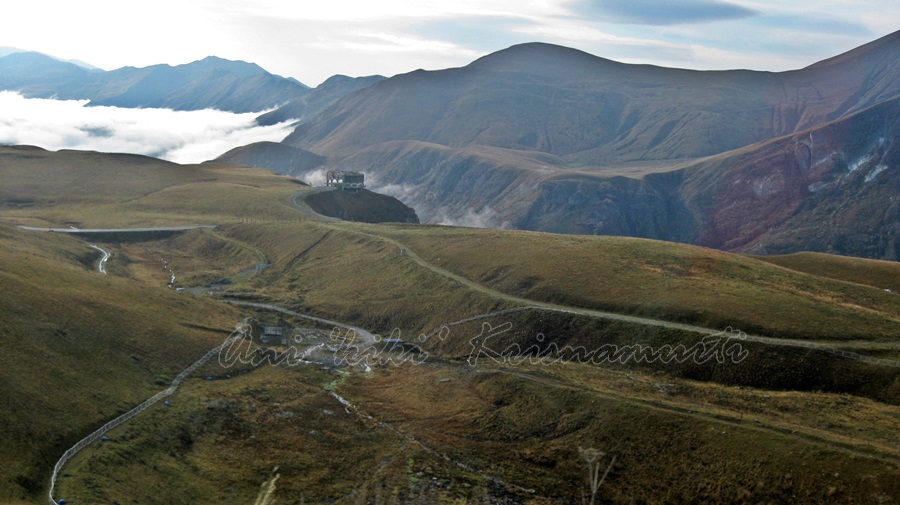 It passes through narrow gorges squeezed between colossal mountains, which makes for some amazing views. 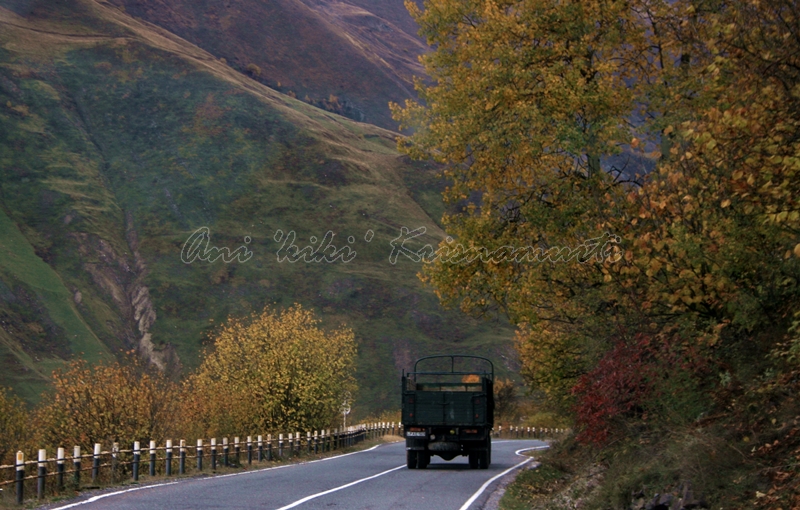 Alternative routes across the mountains include the Ossetian Military Road and the Transkam. 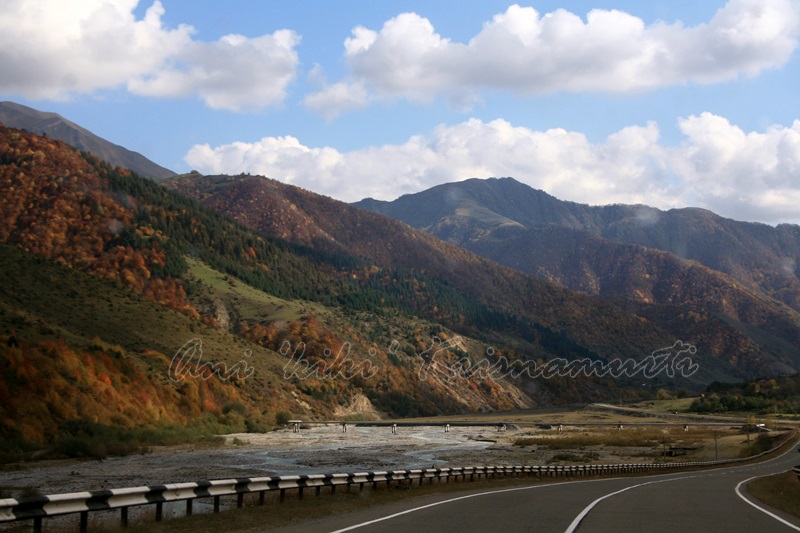 The Georgian Military Road runs between Tbilisi (Georgia) and Vladikavkaz (Russia) and follows the traditional route used by invaders and traders throughout the ages. 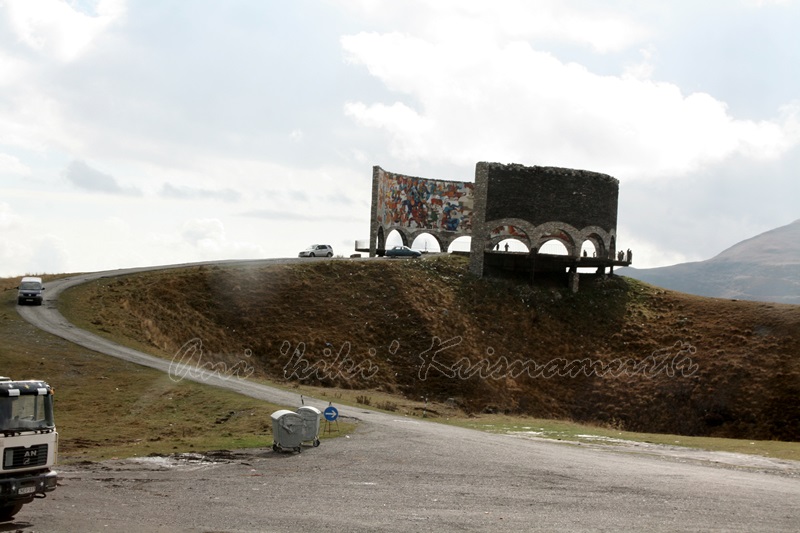 The road stretches some 208 kilometers through the Terek valley, crosses the Rocky Ridge (хребет Скалистый) in the Darial Gorge, past Mount Kazbek, and Gergeti Trinity Church, then leads through the canyon of the Baidarka River to the Jvari Pass, where it reaches an altitude of 2379 meters (7815 feet) . 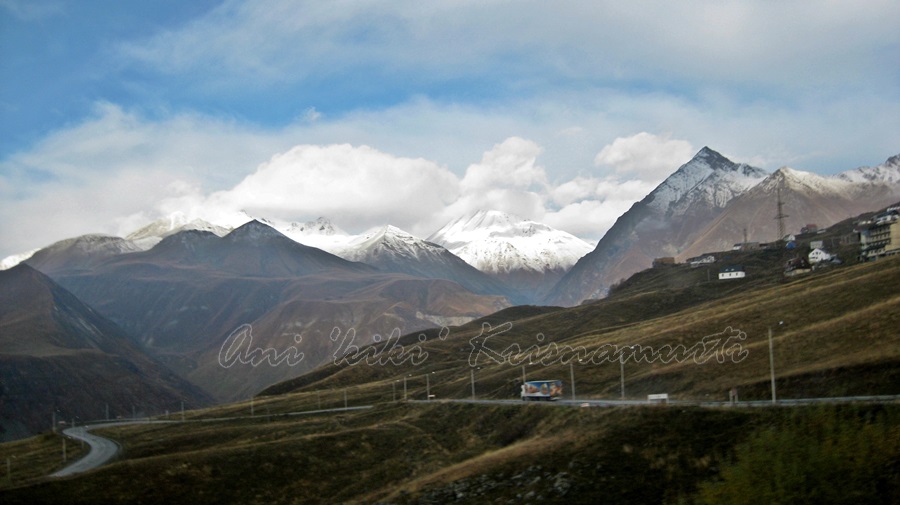 It continues along the Tetri Aragvi River past the medieval fortress of Ananuri and Zemo Avchala, a hydroelectric dam and follows the right bank of the Kura (Mtkvari) River past the ancient town of Mtskheta to Tbilisi. 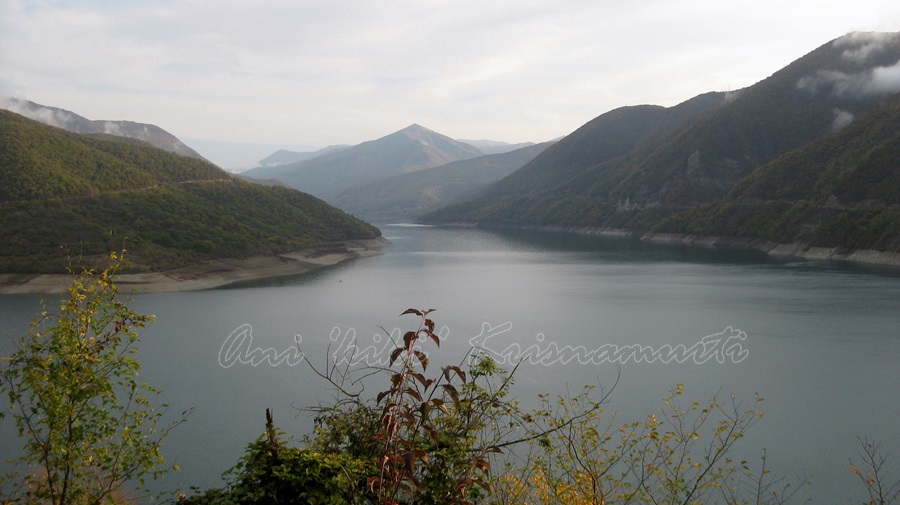 Known since antiquity (it was mentioned by Strabo in his Geographica and by Pliny), the Georgian Military Road in its present form was begun by the Russian military in 1799, after the Georgians by the Treaty of Georgievsk, abjured from century long Persian suzerainty. After the Kingdom of Georgia was officially annexed by the Russian Empire in 1801, Tsar Alexander I ordered General Aleksey Petrovich Yermolov, commander-in-chief of Russian forces in the Caucasus to improve the surfacing of the road to facilitate troop movement and communications. 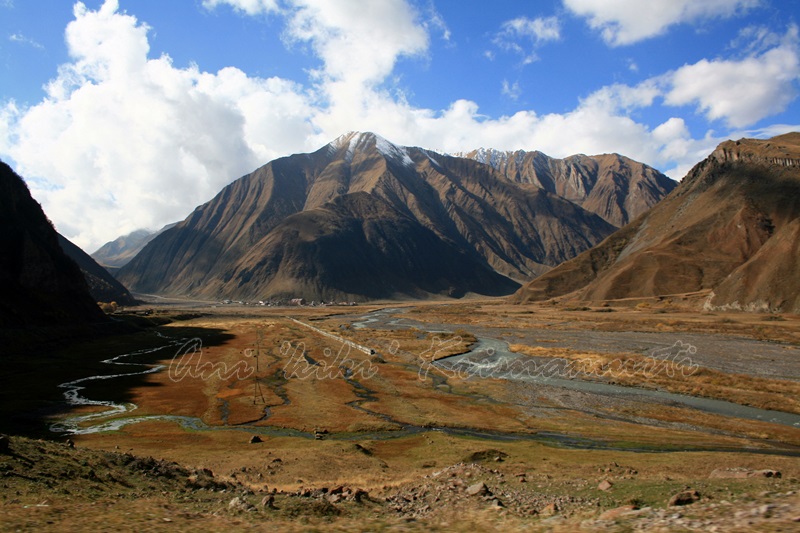 When Yermolov announced the completion of work in 1817, the highway was heralded as the “Russian Simplon”. However, work continued until 1863. 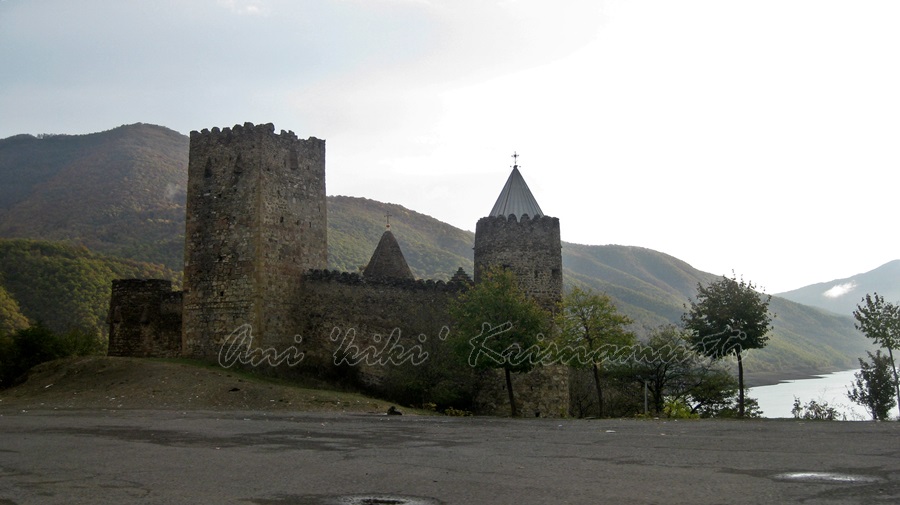 By this stage it had cost £4,000,000 (a staggering sum in the 1860s) but according to Bryce in 1876 was of a high quality with two or three lanes and “iron bridges over the torrents”, something he considered astonishing given that within Russia proper at this time decent roads were virtually non-existent.

The Georgian Military Road played an important role in the economic development of Transcaucasia and in the Russian-Circassian War. 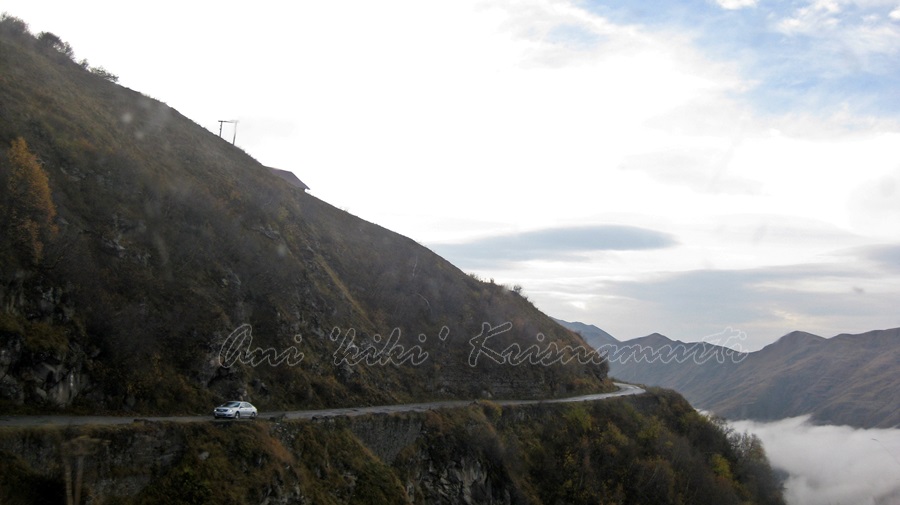 The importance of the Georgian Military Highway as a through route has diminished in recent years, mainly because of delays at the border crossing between Russia and Georgia, and even, on occasions, the complete closure of that border post. 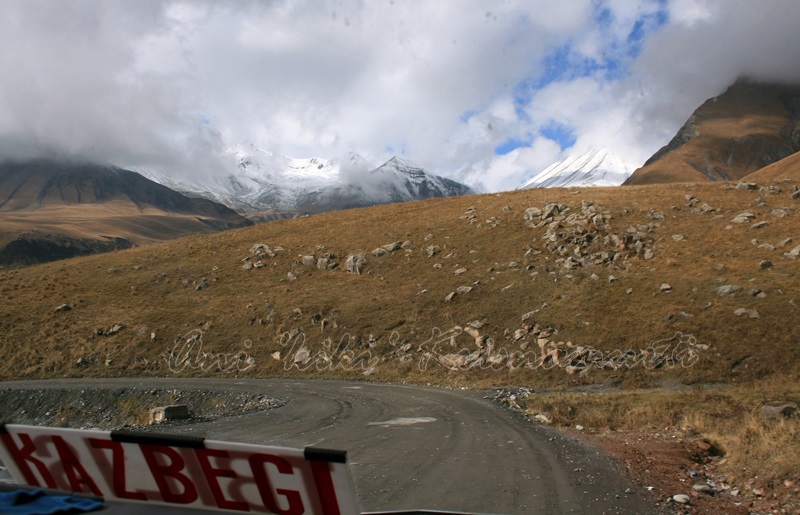 Despite being a rough ride, it is the easiest way to navigate the political minefield of the Caucasus region and to travel between Russia’s Northern Caucasus and the countries of the southern Caucasus. 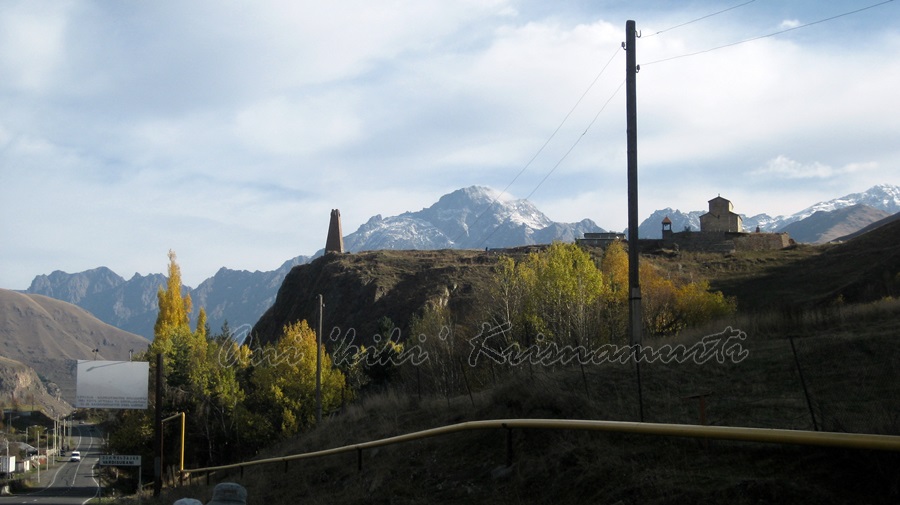