Kathmandu is the capital and largest urban agglomerate of Nepal.It is the gateway to tourism in Nepal 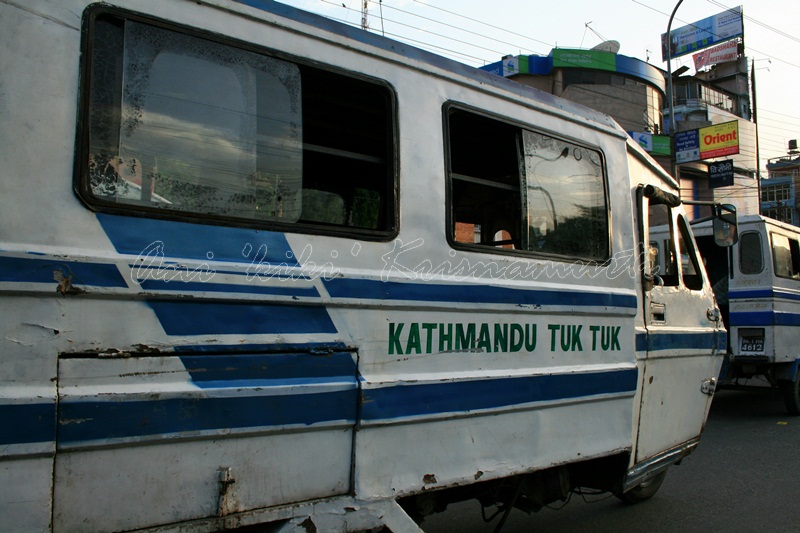 Tourism in Kathmandu declined thereafter during a period of political unrest, but since then has improved.

In 2013, Kathmandu was ranked third among the top 10 travel destinations on the rise in the world by TripAdvisor,and ranked first in Asia.

The city has a rich history, spanning nearly 2000 years, as inferred from inscriptions found in the valley. Religious and cultural festivities form a major part of the lives of people residing in Kathmandu. Most of Kathmandu’s people follow Hinduism and many others follow Buddhism 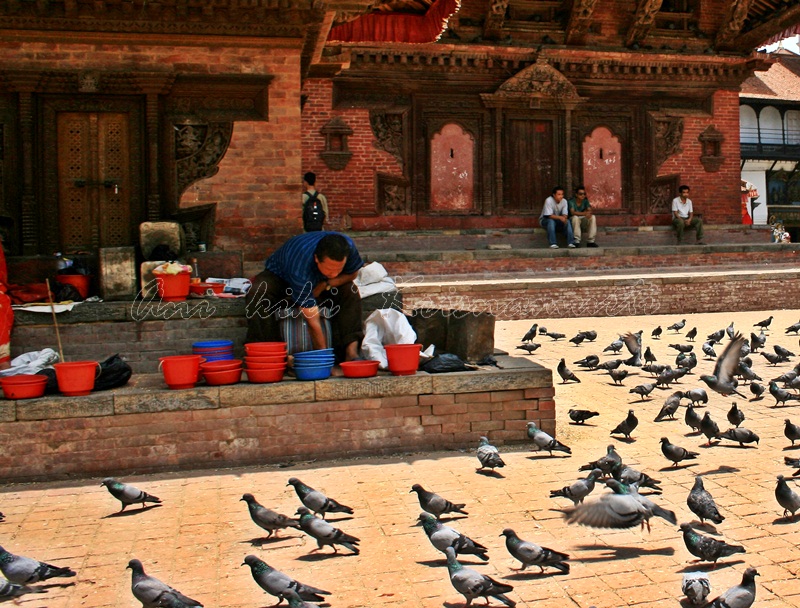 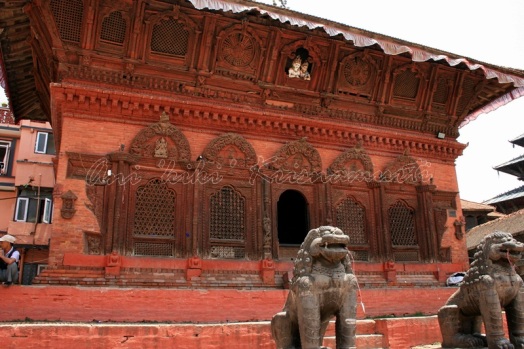 It is one of three Durbar (royal palace) Squares in the Kathmandu Valley in Nepal, all of which are UNESCO World Heritage Sites 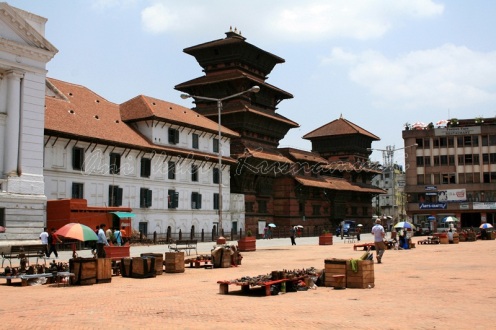 The Durbar Square is surrounded with spectacular architecture and vividly showcases the skills of the Newar artists and craftsmen over several centuries.

The royal palace was originally at Dattaraya square and was later moved to the Durbar square location. 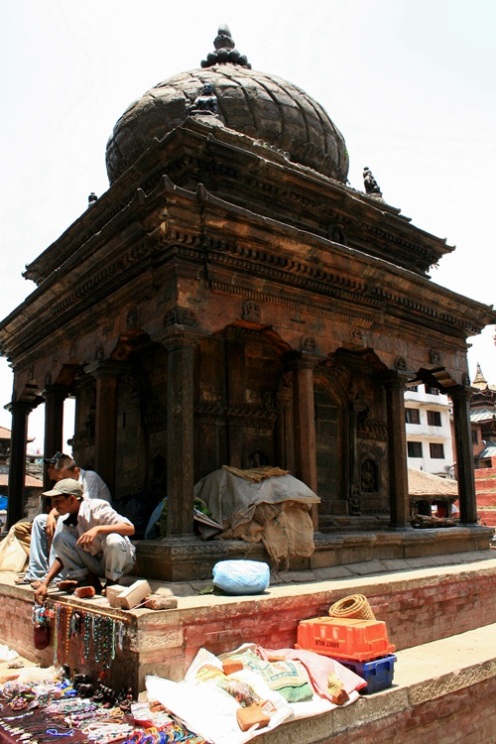 The Kathmandu Durbar Square holds the palaces of the Malla and Shah kings who ruled over the city.

Along with these palaces, the square surrounds quadrangles revealing courtyards and temples. 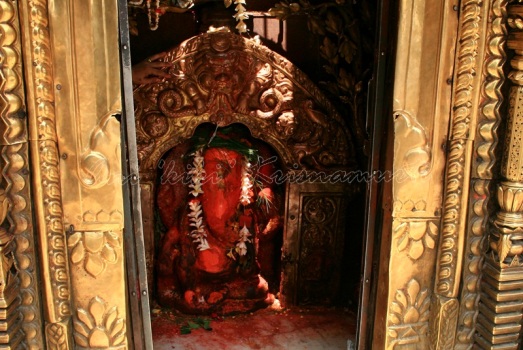 It is known as Hanuman Dhoka Durbar Square, a name derived from a statue of Hanuman, the monkey devotee of Lord Ram, at the entrance of the palace

Kathmandu’s Durbar Square is the site of the Hanuman Dhoka Palace Complex, which was the royal Nepalese residence until the 19th century and where important ceremonies, such as the coronation of the Nepalese monarch, still take place today. 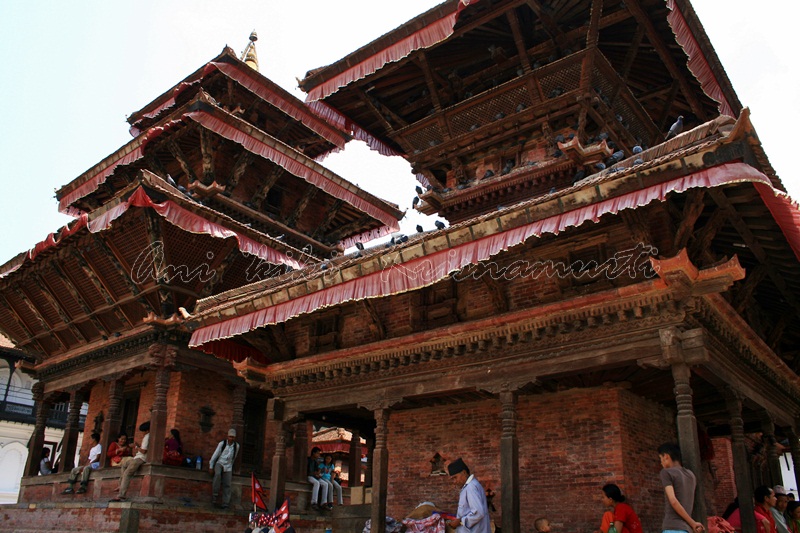 The palace is decorated with elaborately-carved wooden windows and panels and houses the King Tribhuwan Memorial Museum and the Mahendra Museum. It is possible to visit the state rooms inside the palace

The Garden of Dreams, a neo classical historical garden, is situated in the midst of Kathmandu city, Nepal. The Garden was famous as the garden of Six Seasons which was created by late Field Marshal Kaiser Sumsher Rana (1892-1964) in early 1920

He erected six impressive pavillions, each dedicated to one of the six seasons of Nepal. 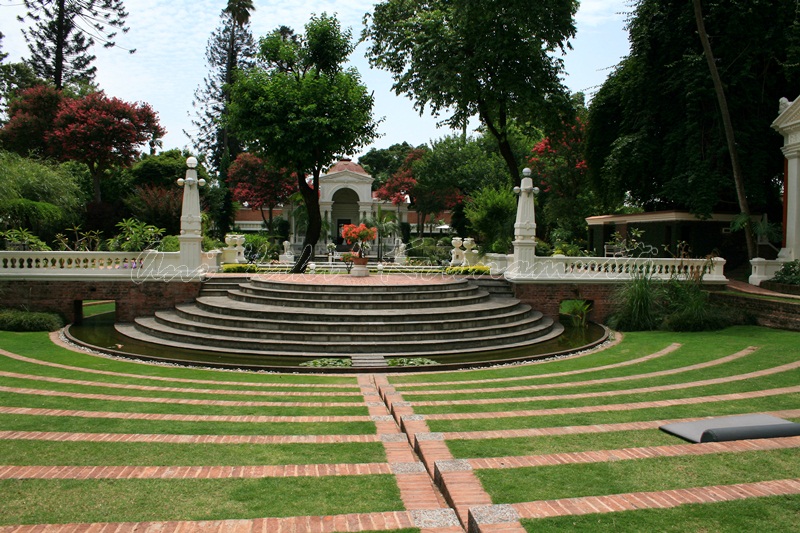 These pavillions provided the Garden’s architectural framework and lent a cosmopolitan flavor to the formal arrangement of flowers, shrubs and trees. Today, only half of the original garden is in existance. 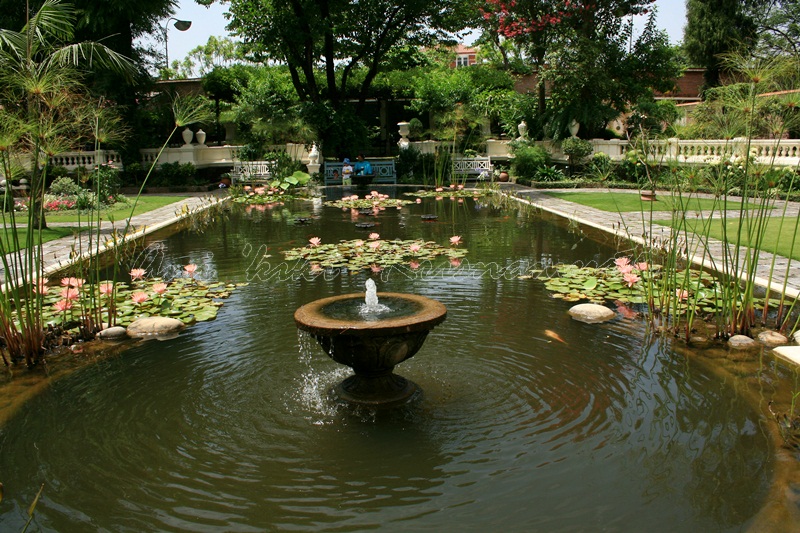