Guilin is a prefecture-level city in the northeast of the Guangxi Zhuang Autonomous Region, People’s Republic of China, situated on the west bank of the Li River, and bordering Hunan to the north. Its name means, “forest of Sweet Osmanthus”, owing to the large number of fragrant Sweet Osmanthus trees located in the city.

Reed Flute Cave is a limestone cave with a large number of stalactites, stalagmites, stalacto-stalagmites, rocky curtains, and cave corals. 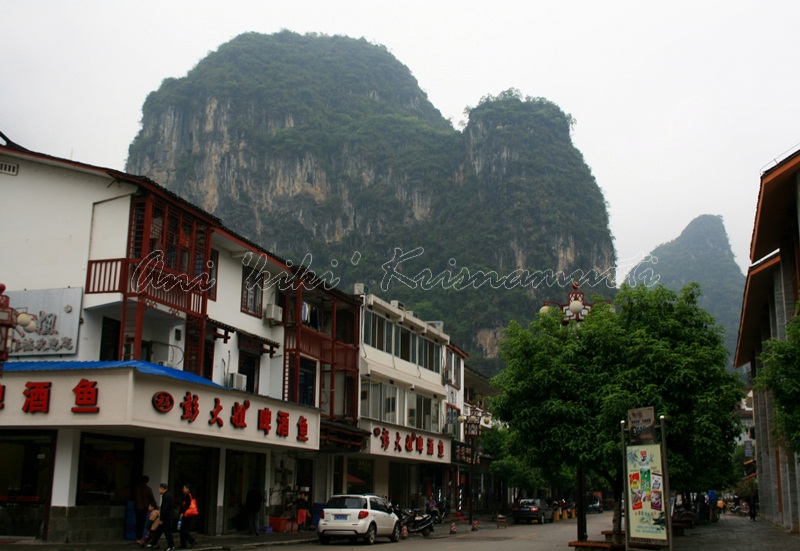 Yangshuo County is a county under the jurisdiction of Guilin City, in the northeast of Guangxi, China. Its seat is located in Yangshuo Town. Surrounded by karst peaks and bordered on one side by the Li River it is easily accessible by bus or by boat from nearby Guilin 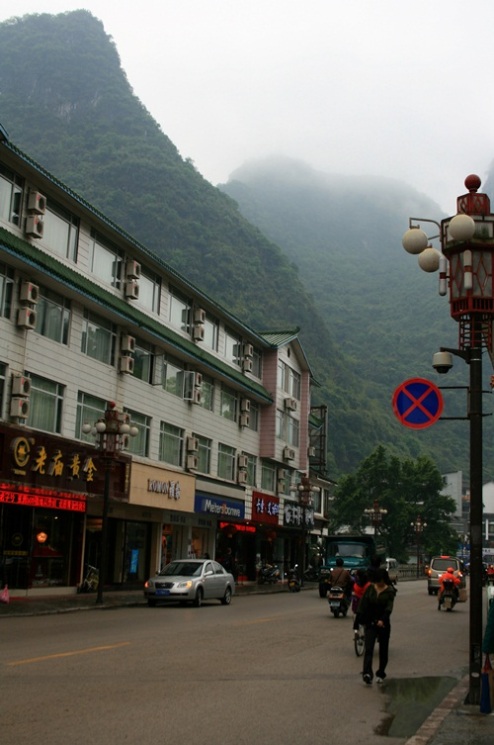 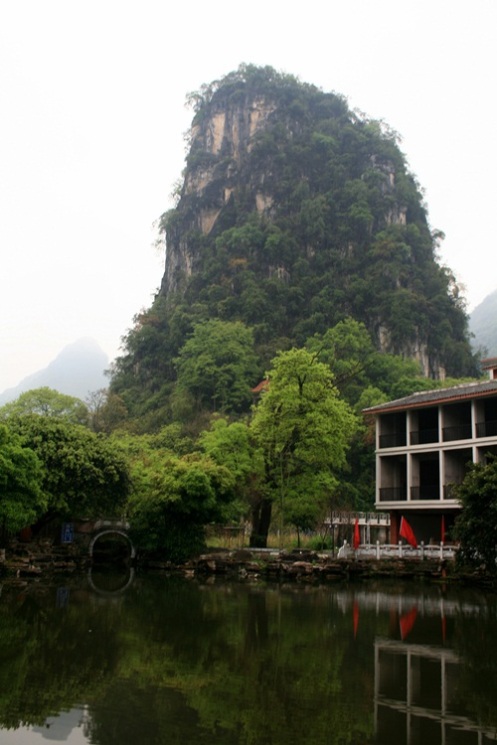 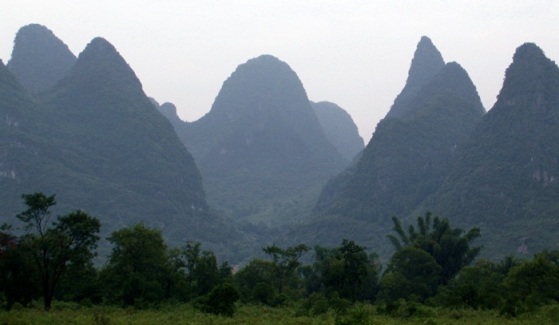 It ranges 83 kilometers from Guilin to Yangshuo, where the Karst mountain and river sights highlight the famous Li River cruise.

The Li River originates in the Mao’er Mountains in Xing’an County and flows in the general southern direction through Guilin, Yangshuo and Pingle

Tourist cruises in different boats (varying from small bamboo rafts to larger, air-conditioned ships) are offered on the Li River throughout the year and are one of the major attractions of Guilin. 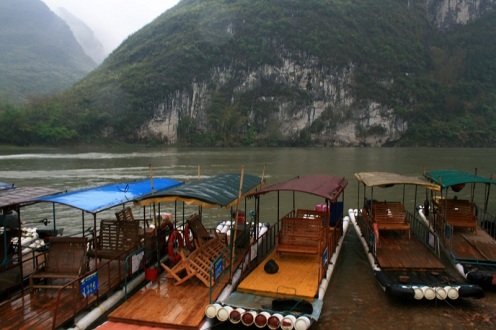 The terraced fields are built along the slope winding from the riverside up to the mountain top, between 600 m to 800 m above sea level. 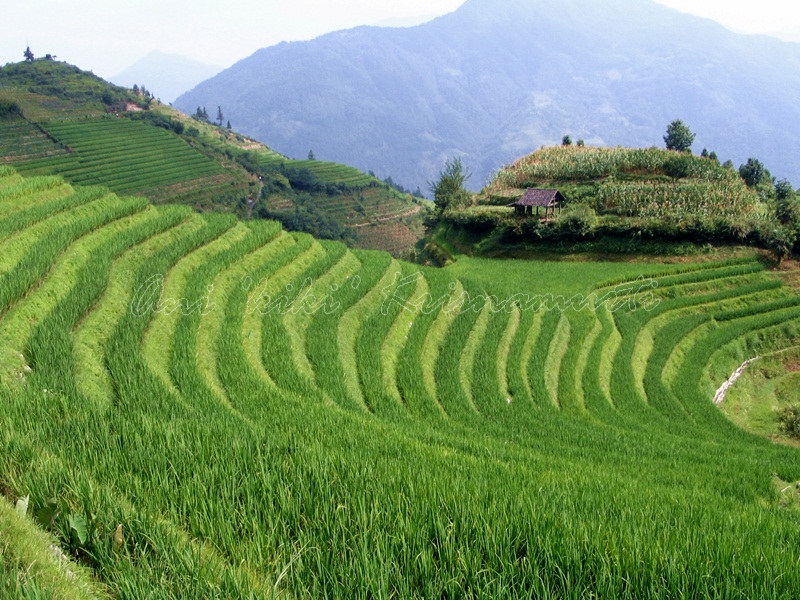 The terraced fields were mostly built about 650 years ago.

Longji (Dragon’s Backbone) Terraced Rice Fields received their name because the rice terraces resemble a dragon’s scales, while the summit of the mountain range looks like the backbone of the dragon.Visitors standing on the top of the mountain can see the dragon’s backbone twisting off into the distance.

In an early morning, when the weather is fine, the sunrise on the summit of Longji Rice Terraces is magnificent. 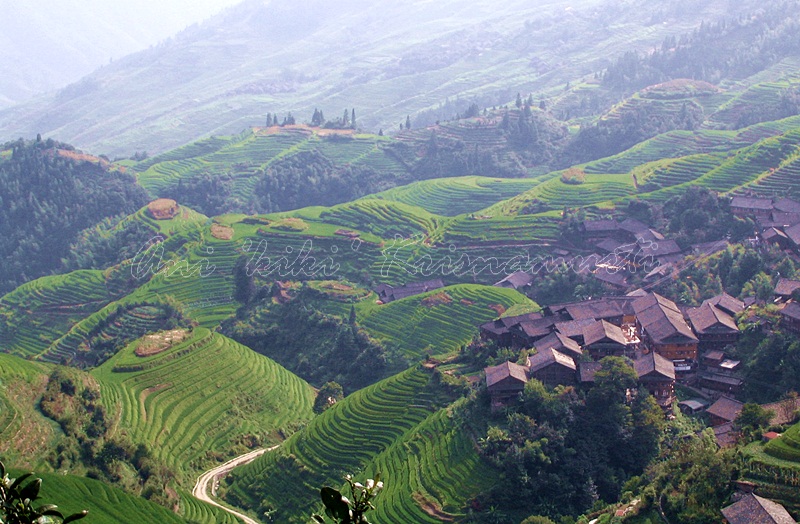 They are beautiful in early June. At this time, water is pumped over the rice paddies and young plants are transferred to the main terraces. 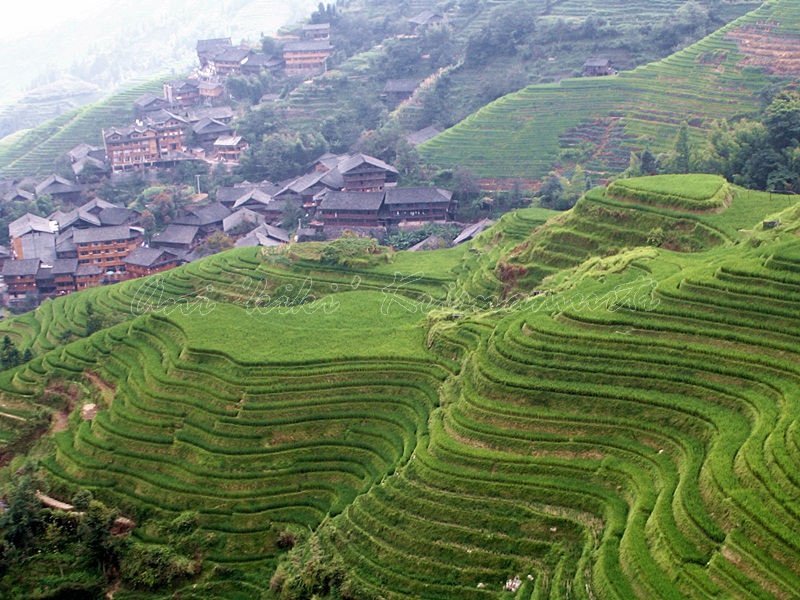 Set amongst the villages of the minorities Zhuang and Yao, the area allows for easy to moderate walking/hiking possibilities along and up hillsides to view the panoramas of the terraced rice fields, as well as glimpse the rural life and style of architecture found in the forest-fringed villages. 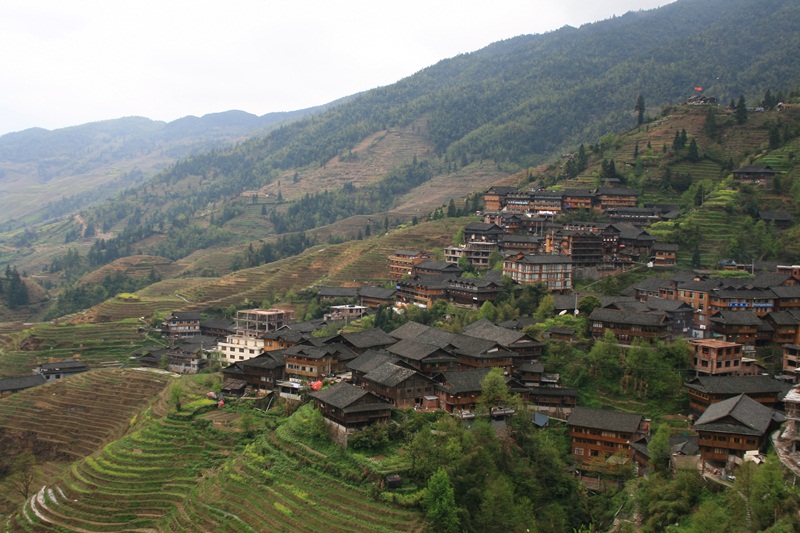 text taken from wikipedia and wikitravel